Since 2006 Cambodia-Dutch has been working in the beautiful surroundings of the village of Chhuk. It is located thirty kilometers southeast of the city of Siem Reap and mainly traditional rice farmers and their families live here. The inhabitants of Chhuk still lived without electricity and modern aids in simple traditional houses made of bamboo and palm leaf. We have set up various projects here.

A lot achieved in the countryside around Chhuk

There used to be a small school building in Chhuk, but classes at this primary school were attended very poorly in 2006. The quality of teaching was of a questionable level, the teaching methods were outdated and all basic resources were missing. Pupils did not come to school because the quality of education was insufficient and because their families made them work in the fields or look for food. We educated parents about the importance of education for their children. We support families with the purchase of uniforms or a bicycle to go to school. 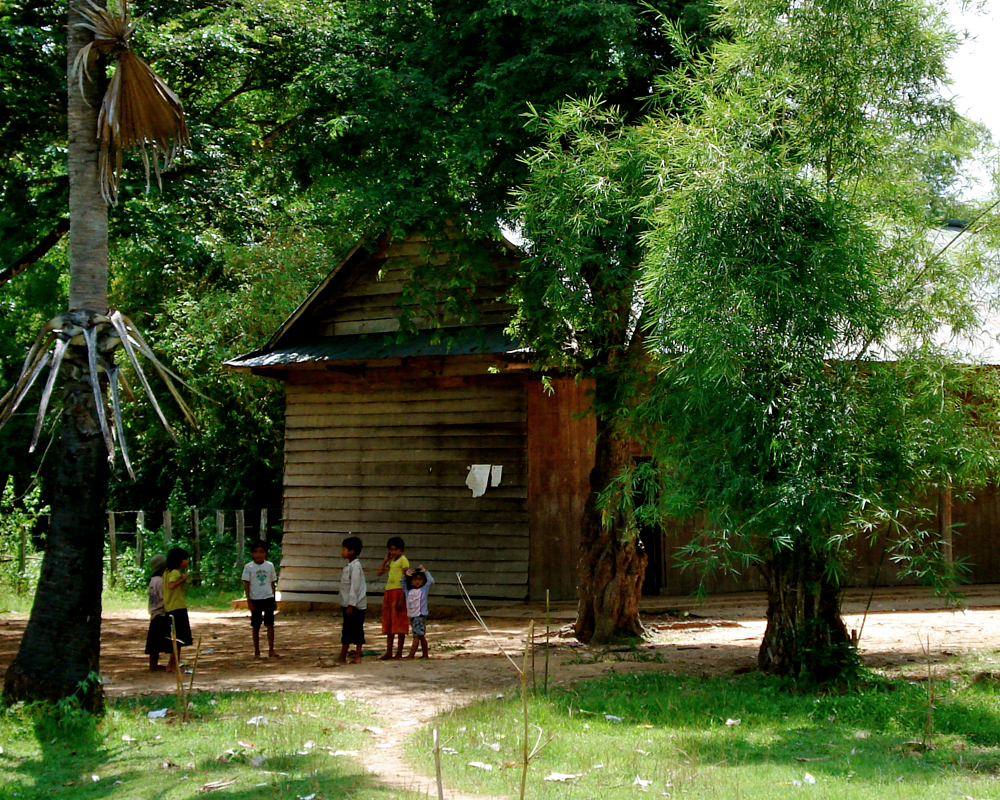 In 2006 we started giving free English lessons after the regular Khmer lessons. We pay the salaries of the English teachers. We now teach English for about twelve hours a day. Some of these extra lessons take place from 5:00 PM to 7:00 PM, after work in the fields. Popular English classes have also increased the number of students attending Khmer school in the morning or afternoon.

In 2008 we built a new school next to the existing brick school. In addition, a good water pump, a toilet block and a storage room have been installed. The storage space is now also used as a preparation and meeting room.

In addition to social care, where we temporarily provide rice and fish to a number of very poor families, we sometimes provide medication to sick people. Our organization has also invested in the improvement of the infrastructure in the villages. Unpaved roads always require maintenance, especially after the rainy season.

Clean drinking water was not available for most residents of Chhuk in 2008. That caused a lot of physical complaints. The number of water pumps was limited and many pumps were broken and had to be replaced. This situation has improved, but there is still much work to be done. The lack of medical care was a major problem for many residents, as the nearest hospital was in Siem Reap. That is an hour’s drive by tuktuk and the costs were often much too high to pay by themselves. In 2009/2010 we therefore built a medical post.