The primary school in Sambath is under the Ministry of Education. The building has five classrooms and the school principal is Mr. Vich Sopheap. Every day 215 students receive Khmer education here, from class 1 to class 12. The school was built in 2000 and needs a new roof.

Projects: the school in Sambath

The age of the students at the school ranges from five to fourteen years. They come from four surrounding villages. Nine Khmer teachers teach. The children also receive English lessons at this school, financed by Cambodia-Dutch. Due to the sometimes harsh weather conditions, large holes had appeared in the school roof and the roof trusses were also in urgent need of replacement. 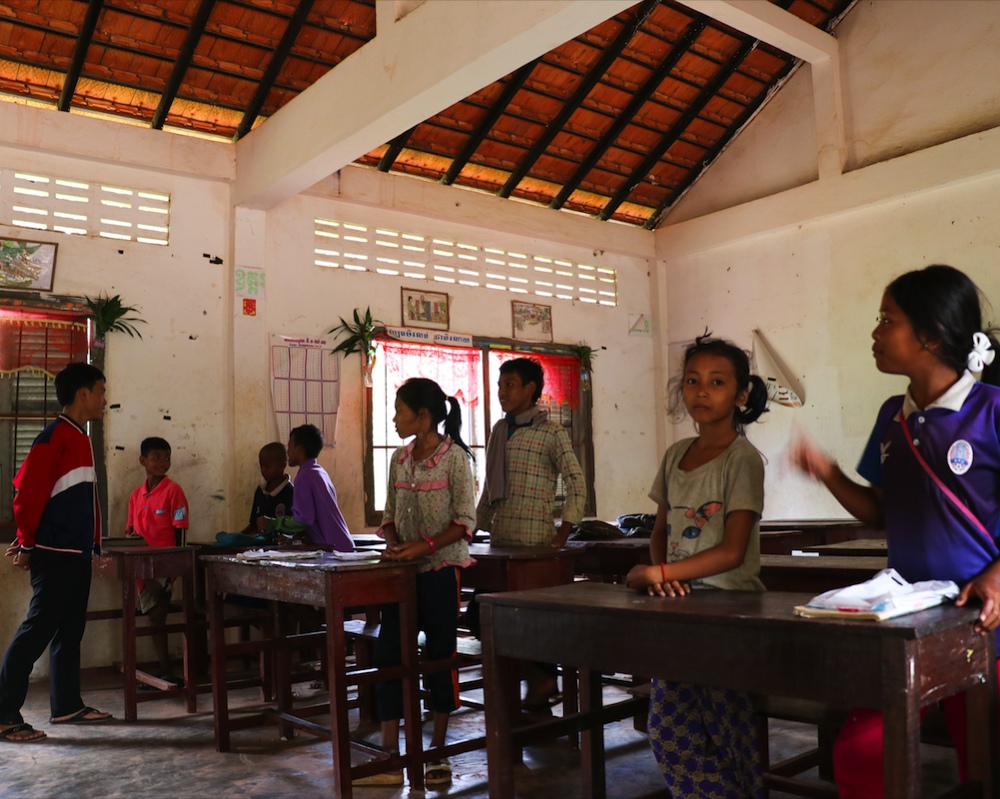 Sustainable materials have been used, so that the school can move forward in the coming years. The plan was to start in September/October 2021 before the rainy season and we more than achieved that. It is now September and the project is complete. The local population was closely involved and contributed to labor. The project was monitored by Mr. Phea Keo and the Cambodian team from CDO.

In a collaboration between Cambodia-dutch, Wilde Ganzen and many donors, this school has been given a new roof. The community in the commune of Khnar Po has raised money for cleaning, painting and supplying workers for this. It was another fine example of cooperation to let the children of these villages go to school properly. 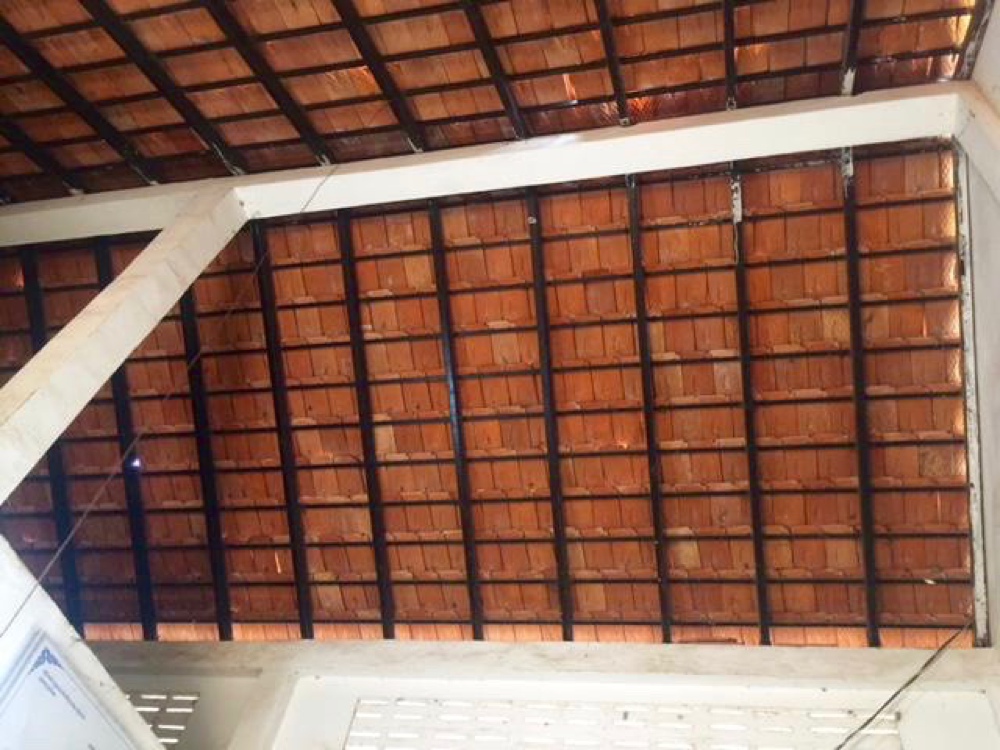 The world is changing rapidly: where ten years ago local NGOs still raised most funds from abroad, they are now increasingly finding their way to donors from their own country. The Wilde Ganzen Foundation organizes courses for this in a number of developing countries. The course is called, Chance the game.

Two members of our commune took this course in Phom Penh last year. The aim of this course is to teach people to raise funds in their own country. It strengthens their self-reliance, sustainability and organizational strength.

Little by little, this change is also happening in our commune. Chheng and Louern are helping to complete an application at Wilde Ganzen, and they are also looking in the commune to see who can contribute to the project.

The Cambodians are having a hard time in Corona era, they are losing their jobs and getting food is difficult. The children have also not been to school for almost a year. Online teaching is not an option here, almost no people in rural areas have internet and have a laptop or computer. The advantage of corona is that the school was refurbished early, everyone helped.

Progress of the roof in pictures: 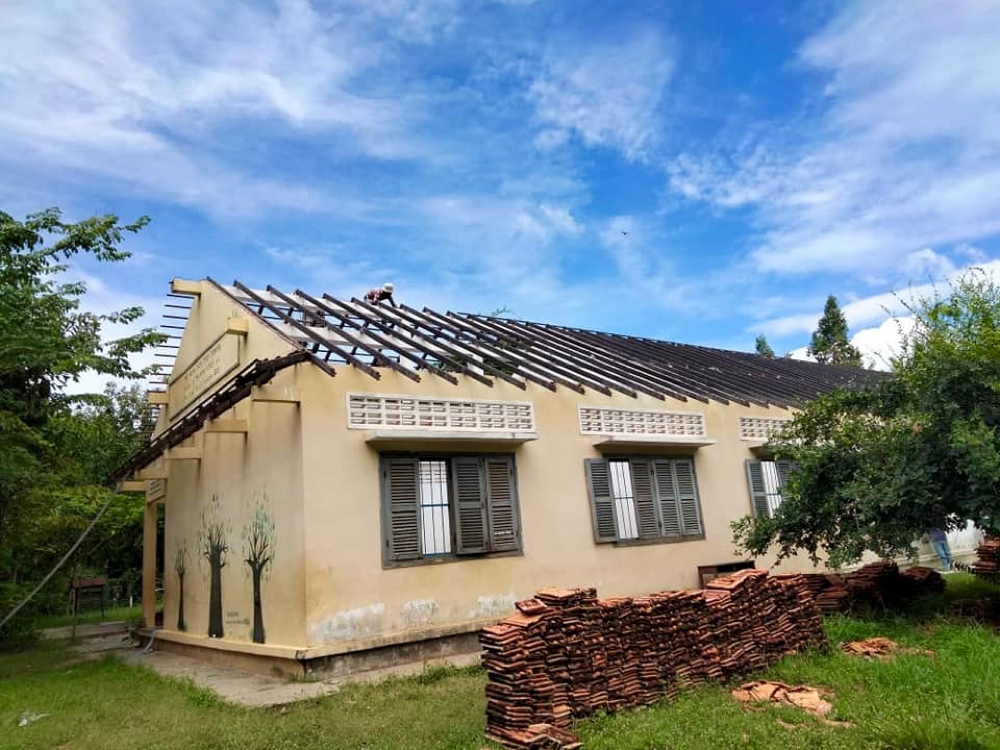 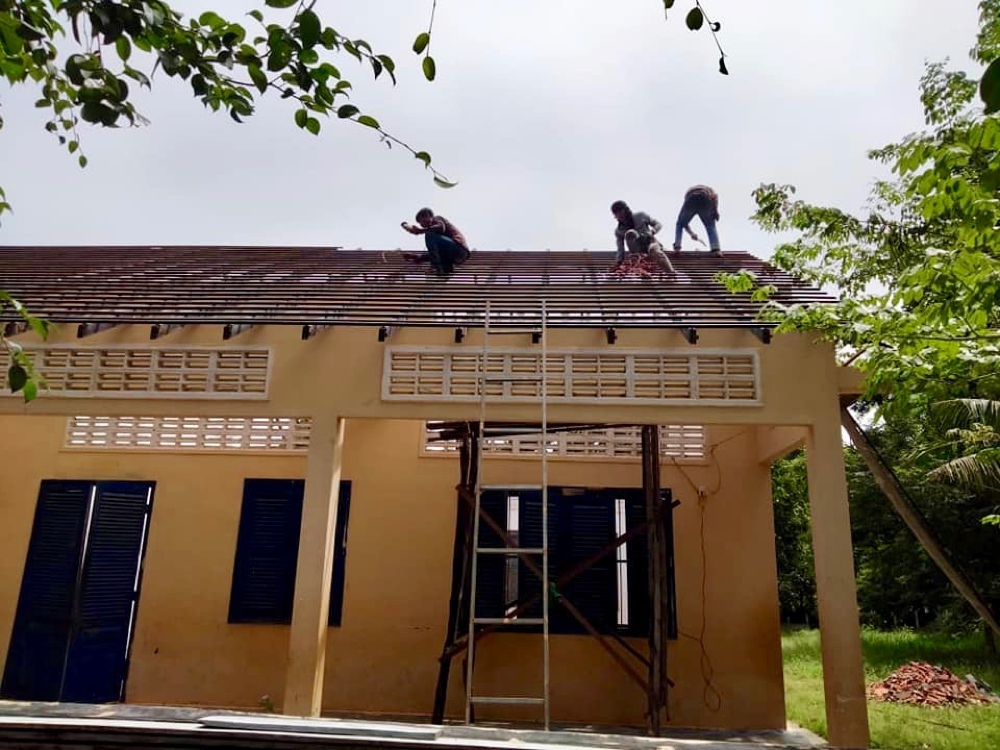 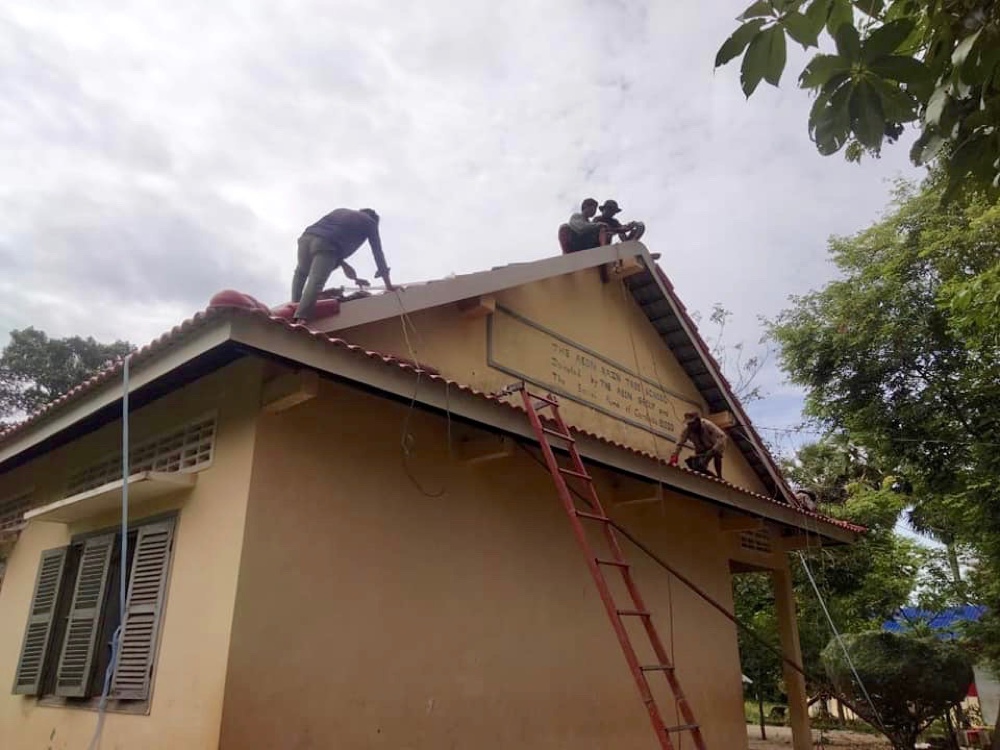 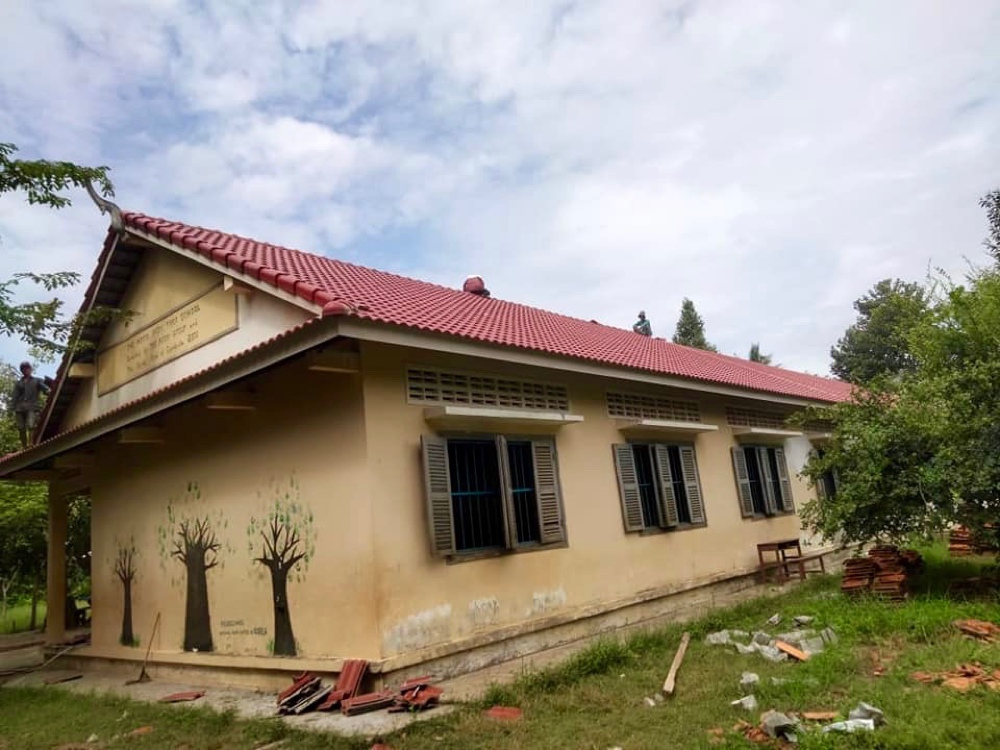 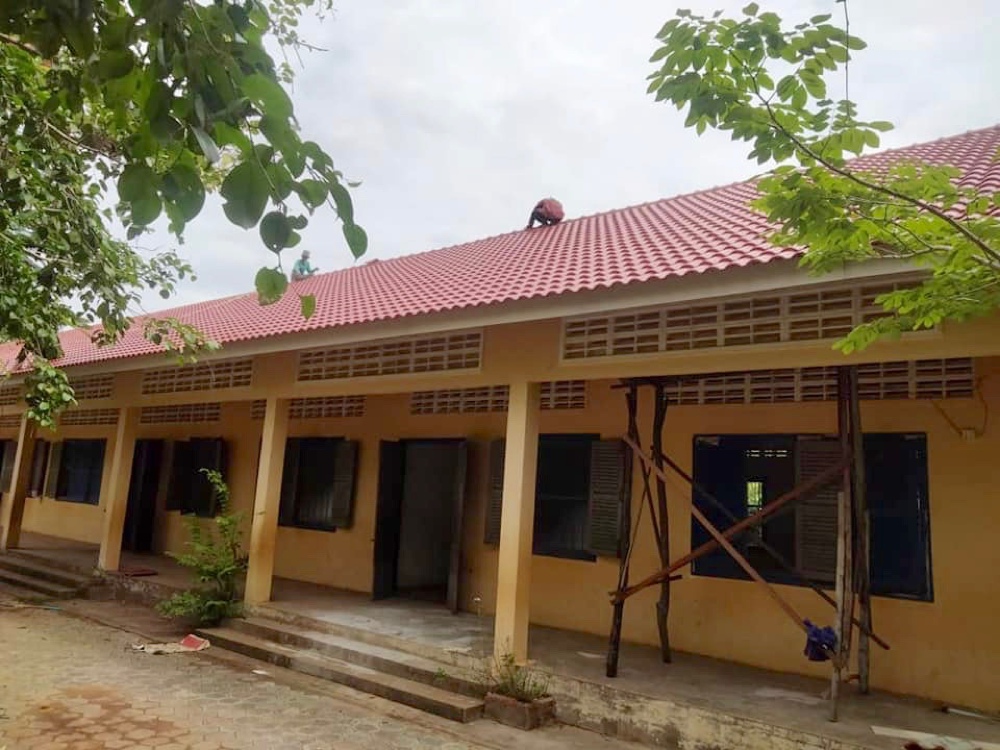 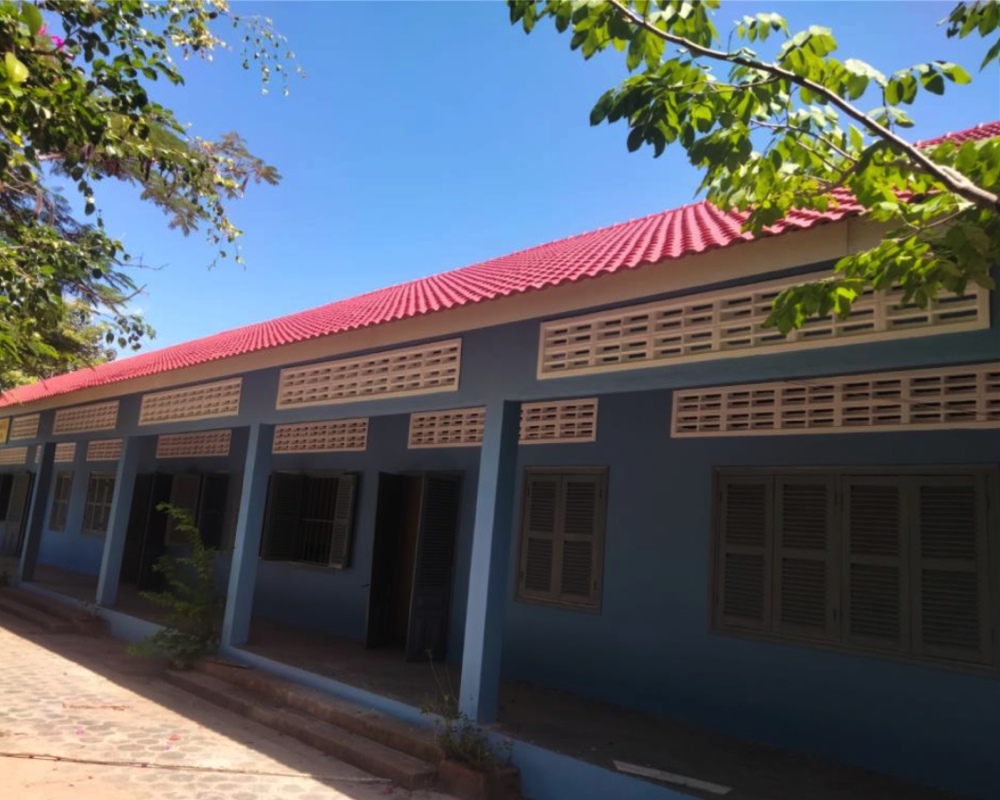 On behalf of our foundation and organization in Cambodia, Wilde Ganzen, we would like to thank various funds, companies and donors for their financial contributions to this project.

Check also our other projects in Cambodia!